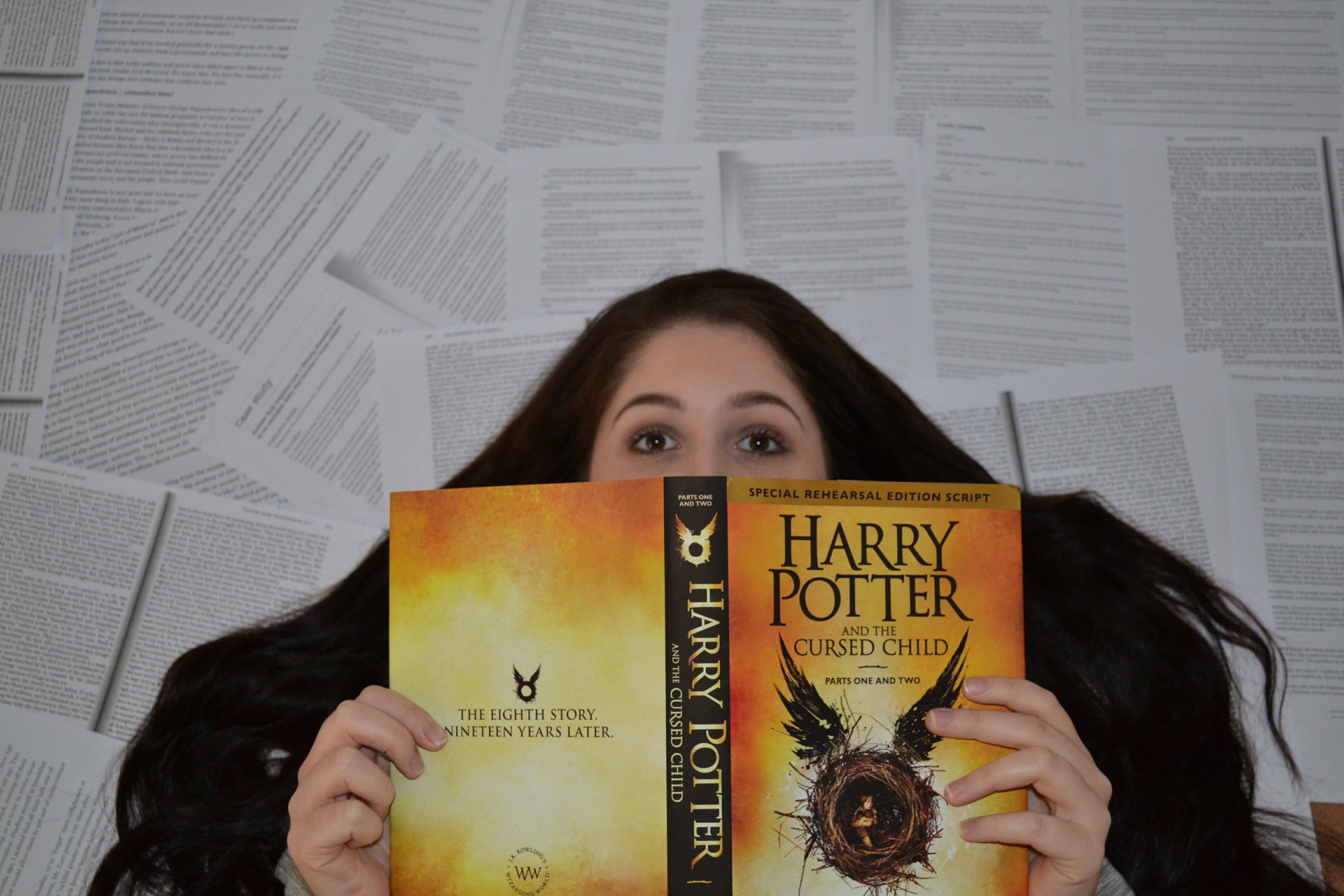 “In every shining moment of happiness is that drop of poison: the knowledge that pain will come again. Be honest to those you love, show your pain. To suffer is as human as to breathe.”

So, now that things have settled and most people have had the chance to read this extension of the Potter universe. I feel like I can sort through my thoughts about this. So this review will contain spoilers so please don’t read any further if you haven’t had the chance to read the script, or see the show. I would love to see the show, see it in the format it was meant for. But alas I’m in Australia, and don’t have enough for the flight over, so I will just have to wait and hope it either goes international, or the show is filmed and released on DVD.

Harry Potter and the Cursed Child, is based on an original new story by J.K. Rowling, Jack Thorne and John Tiffany, and is the eighth story in the Harry Potter series. It’s also the first official Harry Potter story to be portrayed onstage.

“It was always difficult being Harry Potter and it isn’t much easier now that he is an overworked employee of the Ministry of Magic, a husband and father of three school-age children.

While Harry grapples with a past that refuses to stay where it belongs, his youngest son Albus must struggle with the weight of a family legacy he never wanted. As past and present fuse ominously, both father and son learn the uncomfortable truth: sometimes, darkness comes from unexpected places.” – Summary from Goodreads 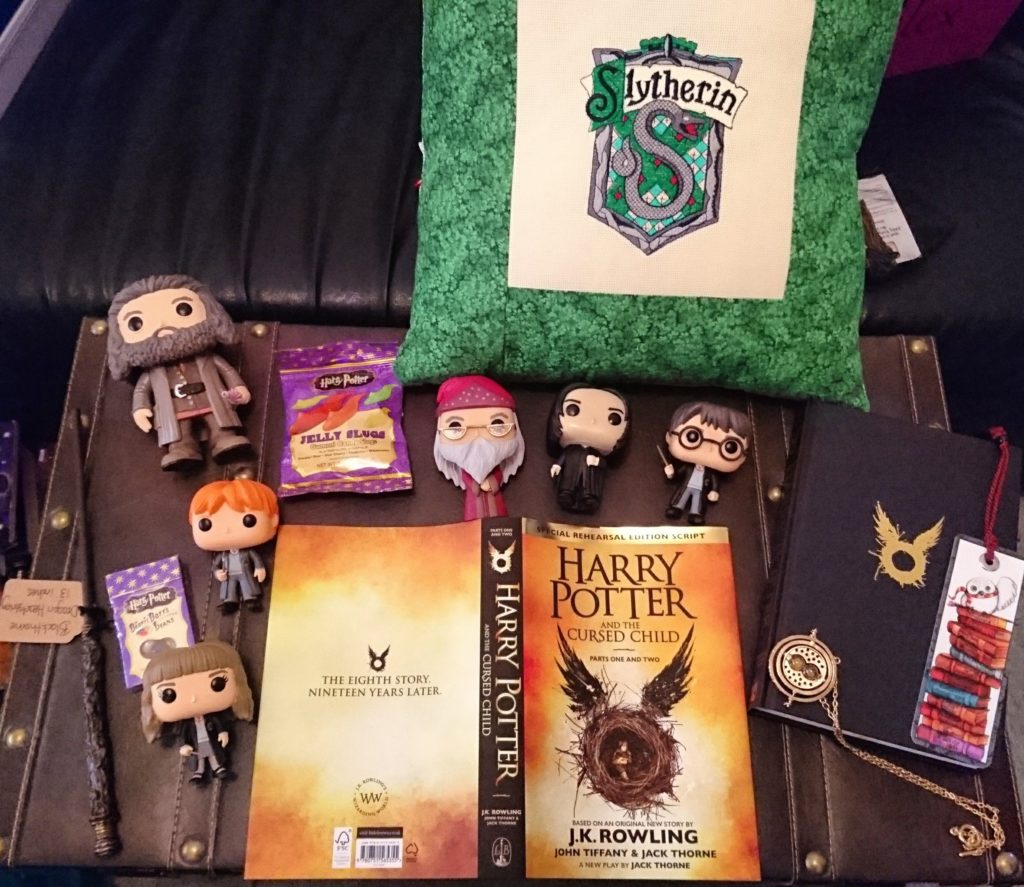 “The truth is a beautiful and terrible thing, and should therefore be treated with great caution.”

So overall, I thought the book was a bit of a hit and a miss in areas. There were some parts that I absolutely adored, and then some that just felt lacking. I think my main problem, which is something that everyone has said, is that it felt too much like fanfiction.

Also, the most fanfiction thing about it was the whole thing where Voldemort and Bellatrix have a child! When during the original books would it have seemed like Bellatrix was pregnant? And why would Voldemort want a child? He wasn’t about extending his legacy through an heir. He was all about giving himself immortality and the ability to stay in power himself, which is why he chose to have so many horcruxes. He didn’t want to die! He didn’t want a child! Also say Voldemort did want an heir, there is no way that he would have let Bellatrix near any sort of fight where something could happen to the child.

Also, Delphi being able to get away with convincing everyone she was Amos Diggory’s relative, I’m sure there would have been simpler ways to get what she wanted. Instead, she spent a lot of time confounding the old man, reopening the loss of his son, so that he would see Harry Potter. Then through Harry, she could meet Albus and start planting her seeds, which would end up with her convincing him to go back in time to save Cedric. It’s a very odd plan that at any point could and probably should have gone disastrously wrong (and not in the ways it did backfire). Also the whole ‘Cursed Child’ prophecy wasn’t expanded upon, it felt like it was just there to justify the time travel.

On a happier note, my favourite parts included: Seeing how cute Ron and Hermione are whilst married, I will admit I never shipped them. I always saw Hermione with Harry, Ron just constantly frustrated me especially the way he treated her. But this showed the sweeter side, and I can agree that they do indeed make quite the couple. I also melted every time when the kids meddled with time how there was always a spark between those two.

I also liked seeing Ginny and Harry as parents they did really well. Although I didn’t approve of some of the portrayals of Harry’s parenting, it was too aggressive with Albus. As someone who grew up as the outsider, who didn’t feel like he fit in, or didn’t have a say because his life was already part of a “grand plan”; he should have been able to sympathise with Albus. However, it could have been because they were too similar which aided in their butting heads.

Scorpius was the highlight of the book for me, he was just adorable, and smart and just great. He was also so sweet; you would almost find it hard to believe that he was the son of Draco, considering the hell he raised whilst at Hogwarts. Also while the Rose and Scorpius pairing played right into the whole fanfiction theme, the fact they didn’t actually end up with each other at the end helped combat that. Plus Scorpius’s ‘courting’ of Rose is sweet, however, kid needs to take a hint and maybe give her a little space at times, unless he wants to get hexed.

Overall I enjoyed Harry Potter and the Cursed Child, it was a light read, and easy to get through in one sitting. The script format was a little strange at first, but I adjusted to it fairly quickly. The stage directions and set descriptions were also rather amusing. I look forward to seeing what changes are made in the final version of the script due to be released early next year.