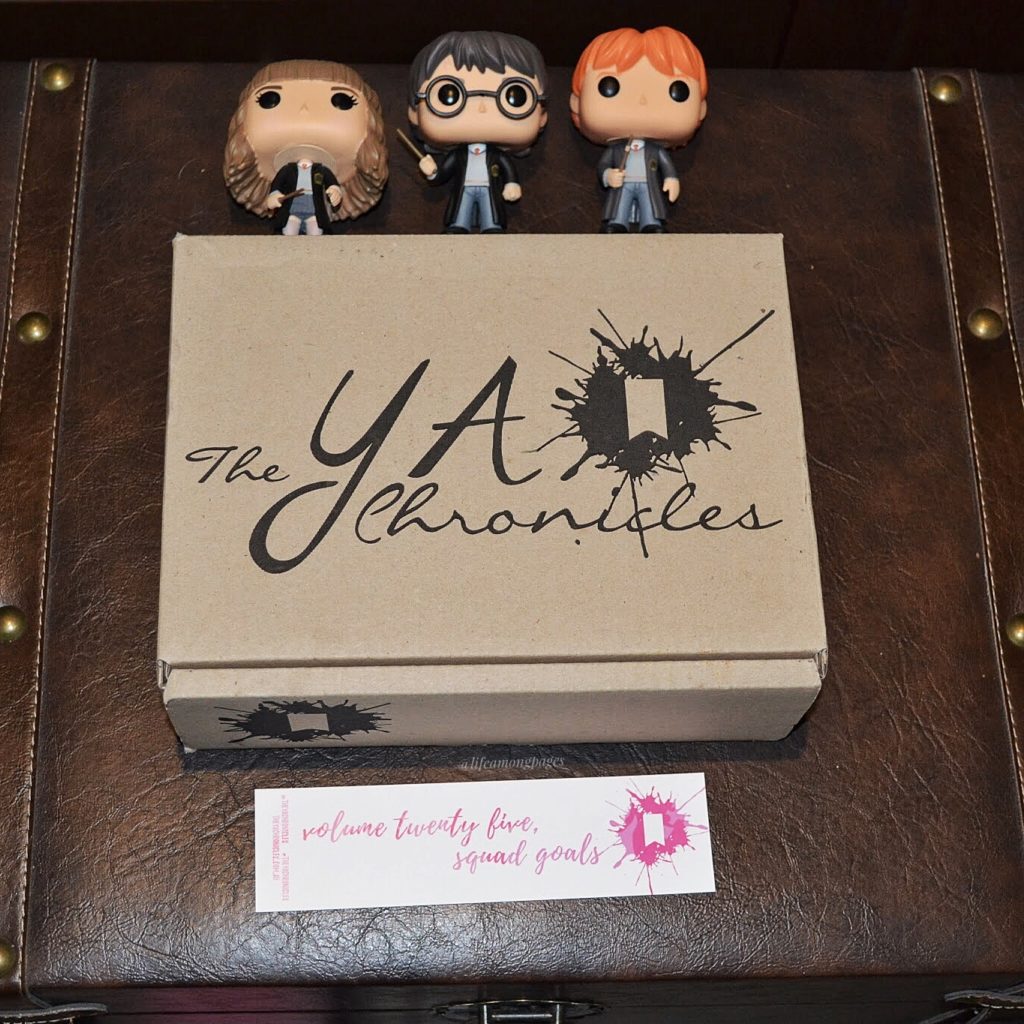 This was my first book box for this year, because money has been tight.
But, I had to get this one because I had a feeling what the book would be, and I was very happy to be correct. So without further ado here is what was inside The YA Chronicles ‘Squad Goals’ box. 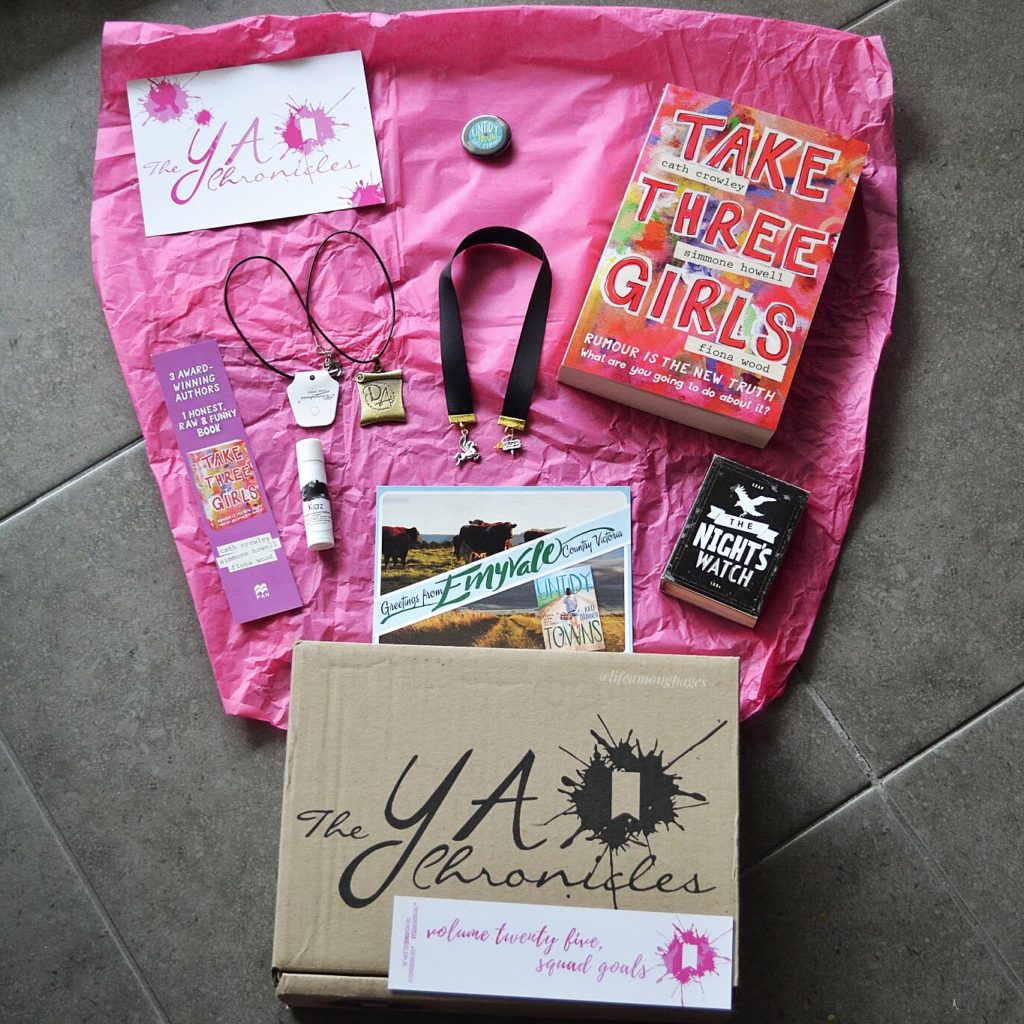 The YA Chronicles is an Australian subscription box company. They release a monthly box, which contains: one newly released YA (Young Adult) book, and about three to five amazing items (that are usually book related). 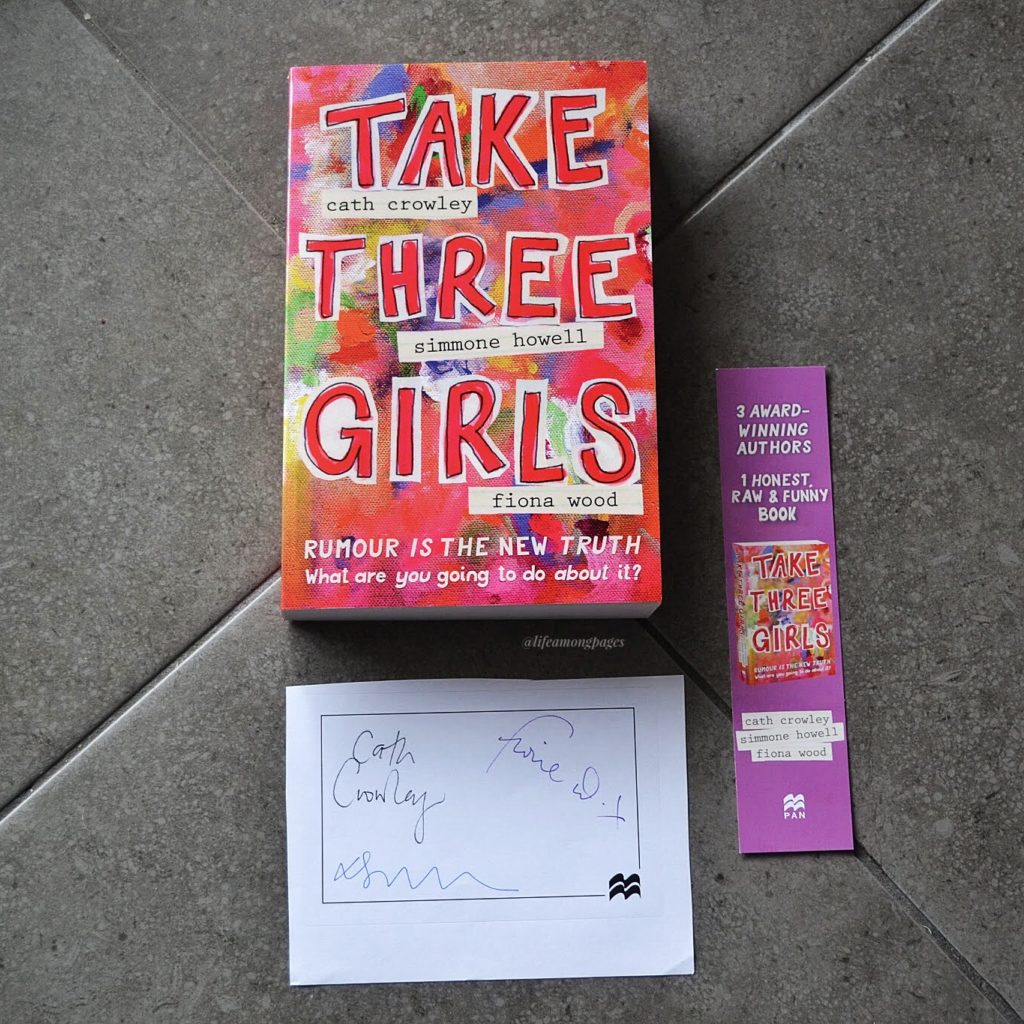 “Kate, a quiet boarder, making some risky choices to pursue the experimental music she loves.

Clem, shrugging off her old swim-team persona, exploring her first sexual relationship, and trying to keep her annoying twin, Iris, at arm’s length.

Ady, grappling with a chaotic family, and wondering who her real friends are; she’s not the confident A-lister she appears to be.

When St Hilda’s establishes a Year 10 Wellness Program in response to the era of cyber-bullying, the three girls are thrown together and an unlikely friendship is sparked. One thing they have in common: each is targeted by PSST; a site devoted to gossip and slander that must have a source within St Hilda’s.

Who can you trust when rumour is the new truth?” – Summary from Goodreads.

This was the book that I was hoping it would be, I became a fan of Cath Crowley’s work because of Words in Deep Blue which I received in my first ever YA Chronicles box from August 2016. So thank you YA Chronicles for introducing me to an excellent author. So when I found out about this book, I just had to get my hands on it. I am really excited to read this. 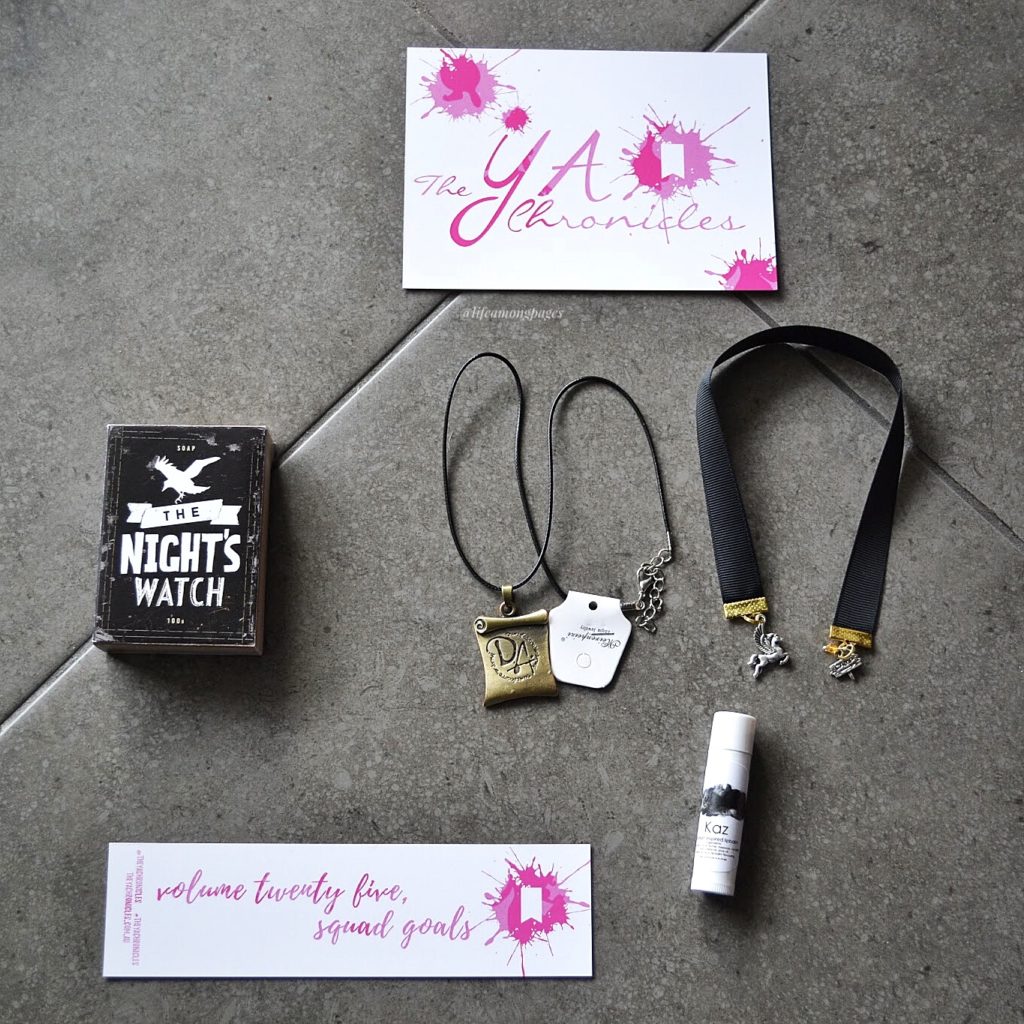 This beautiful soap is from Nook and Burrow, scented with lemon myrtle, lime, and patchouli this soap smells really nice and I absolutely love the box it came in.

This bookmark was made by the amazing Charmed Fiction, I love the simplistic design to it and the charms are just adorable. It came in three colours: black, orange and white. I was really pleased with the black ribbon, I feel like it just makes the charms stand out.

Created by Kool and Co this lip balm is based off of Six of Crows, ‘the dregs have to be one of the most tight knit squads in current YA-lit. There were 5 possible lip balms: Kaz, Wylan, Jesper, Nina and Matthias. I received Kaz, I look forward to reading this novel, and it is high on my TBR. I also just realised that Kool and Co is a West Australian shop, so I love the fact that its a local company!

This is gorgeous; I am just so sad that the store it came from isn’t listed. The scroll design is just excellent as is the typography of the ‘DA’. Look forward to wearing it everywhere.

Overall I really enjoyed this box, I liked that the theme was squad goals, and highlighted great friend groups throughout literature. The book was exactly what I wanted and I got a signed bookplate to put in the book, and the items are all (almost) from fandoms that I love so this was a definite win.