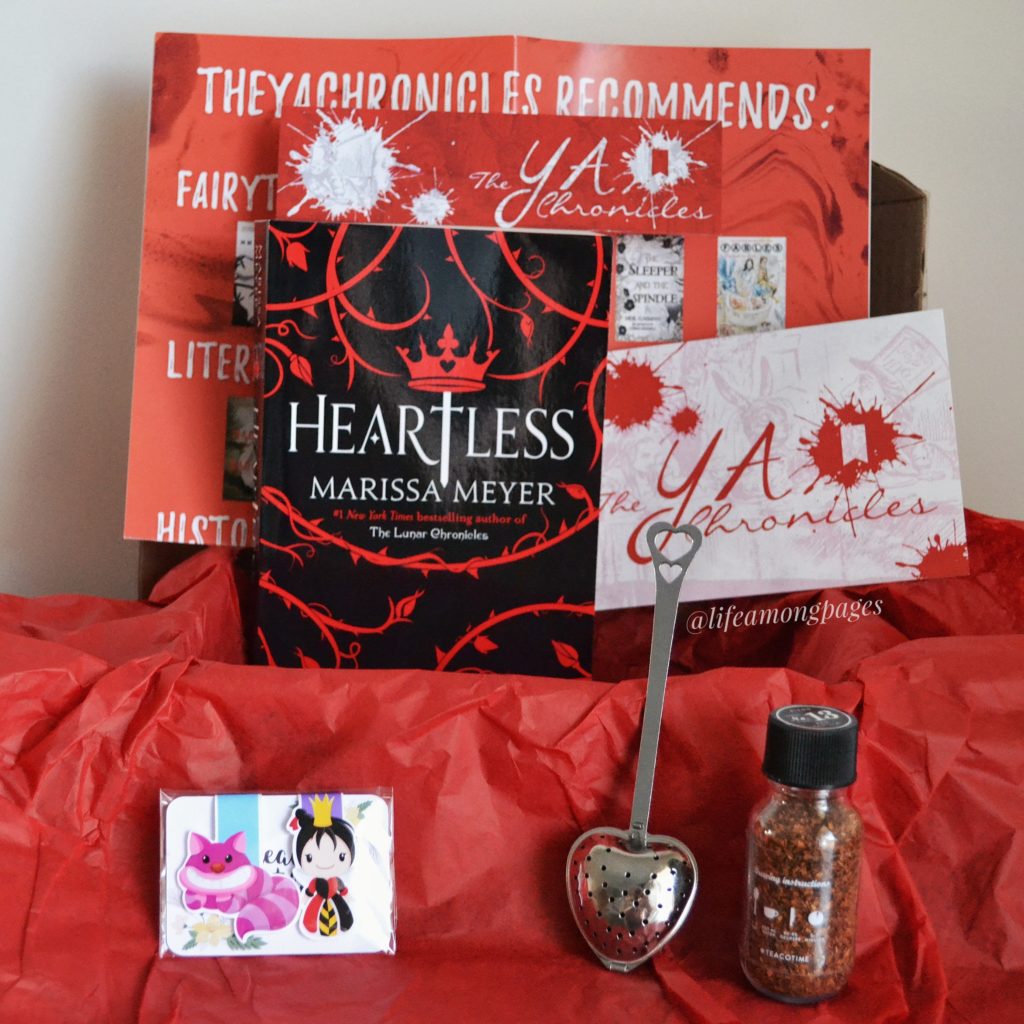 Welcome to my first full unboxing, I’ve wanted to do one of these for a while now. Here I’ll be posting a close up of all the items received in The YA Chronicles November Welcome to Wonderland box.

The YA Chronicles is an Australian subscription box company. They release a monthly box, which contains: one newly released YA (Young Adult) book, and about three to five amazing items (that are usually book related). 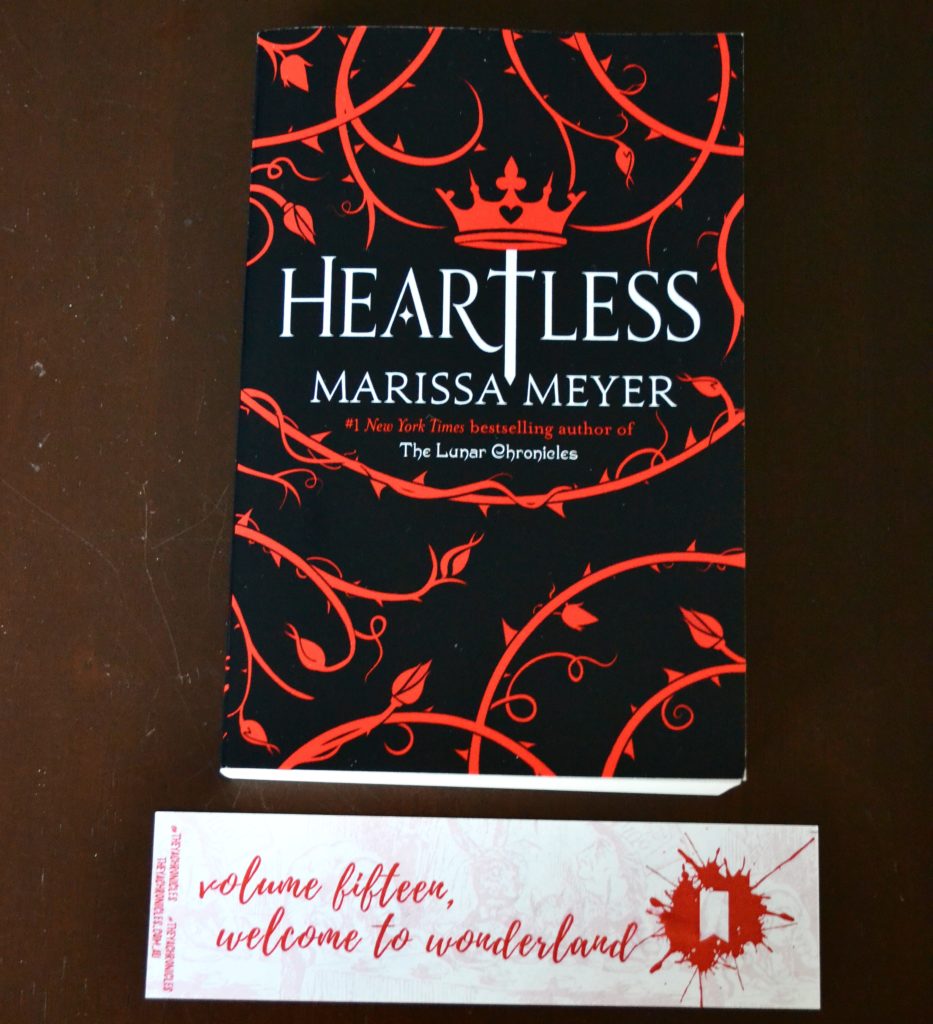 “Catherine may be one of the most desired girls in Wonderland and a favourite of the unmarried King, but her interests lie elsewhere. A talented baker, she wants to open a shop and create delectable pastries. But for her mother, such a goal is unthinkable for a woman who could be a queen.

At a royal ball where Cath is expected to receive the King’s marriage proposal, she meets handsome and mysterious Jest. For the first time, she feels the pull of true attraction. At the risk of offending the King and infuriating her parents, she and Jest enter into a secret courtship.

Cath is determined to choose her own destiny. But in a land thriving with magic, madness, and monsters, fate has other plans.” Summary from Goodreads

I was really excited to get this book in the box, I had been hearing a lot about it online leading up to its release. In fact, I had a slight feeling that it would be the one included, so I was very happy to be right. Plus I adore the cover. I haven’t read Marissa’s Lunar Chronicles series, but I plan to read this book soon, and I will get to Cinder shortly after. 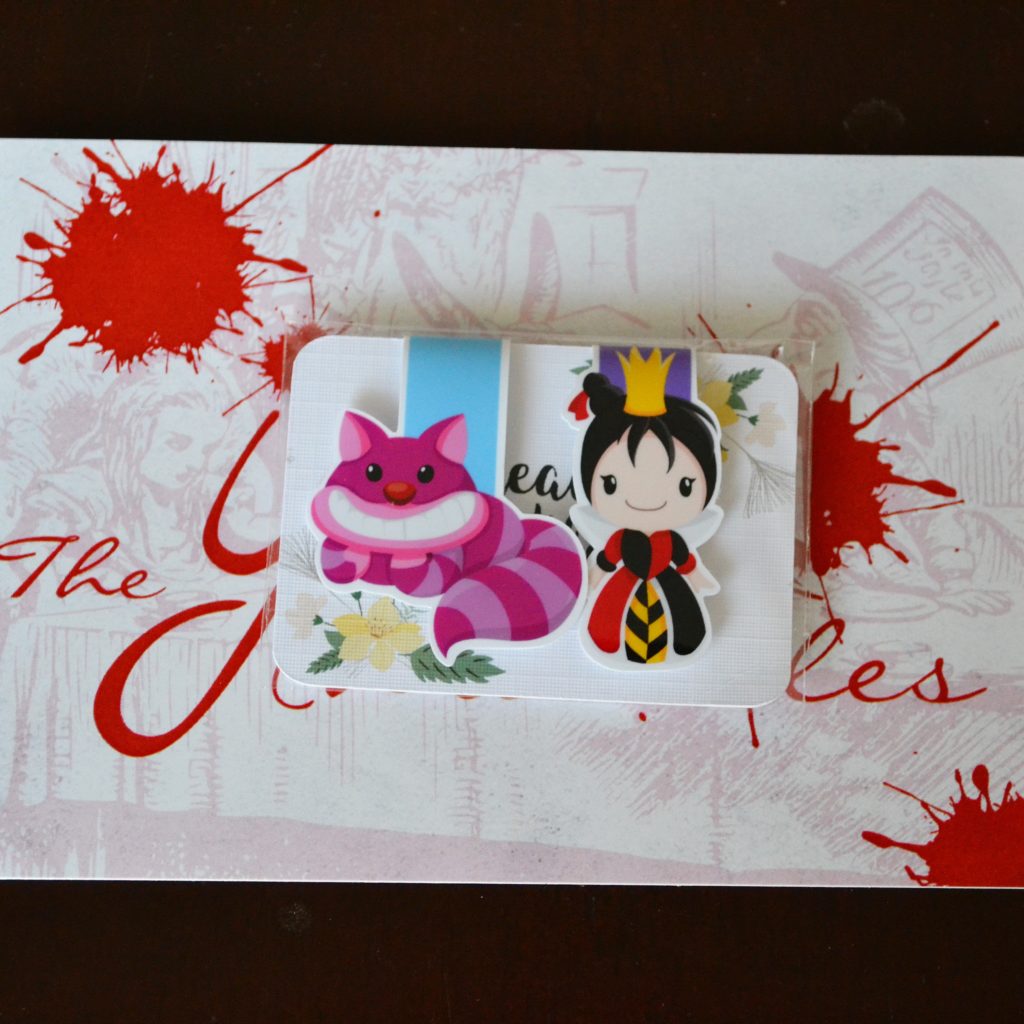 These stunning bookmarks are from the fabulous Etsy store Read and Wonder, I own a few other of her bookmarks and they are all very adorable. So these are a welcome addition to my collection, and perfectly suit the Welcome to Wonderland theme. 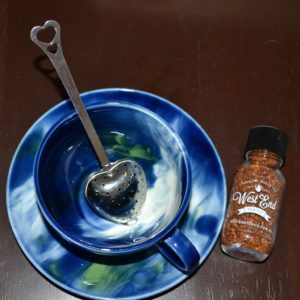 What would Wonderland be without a tea party. This cute tea is from West End Tea and Co, it has an interesting aroma, and I look forward to giving it a go. Also I love the heart infuser, I’ve actually been in need of an infuser for some other loose leaf tea I own, so now I will be able to enjoy all the tea. 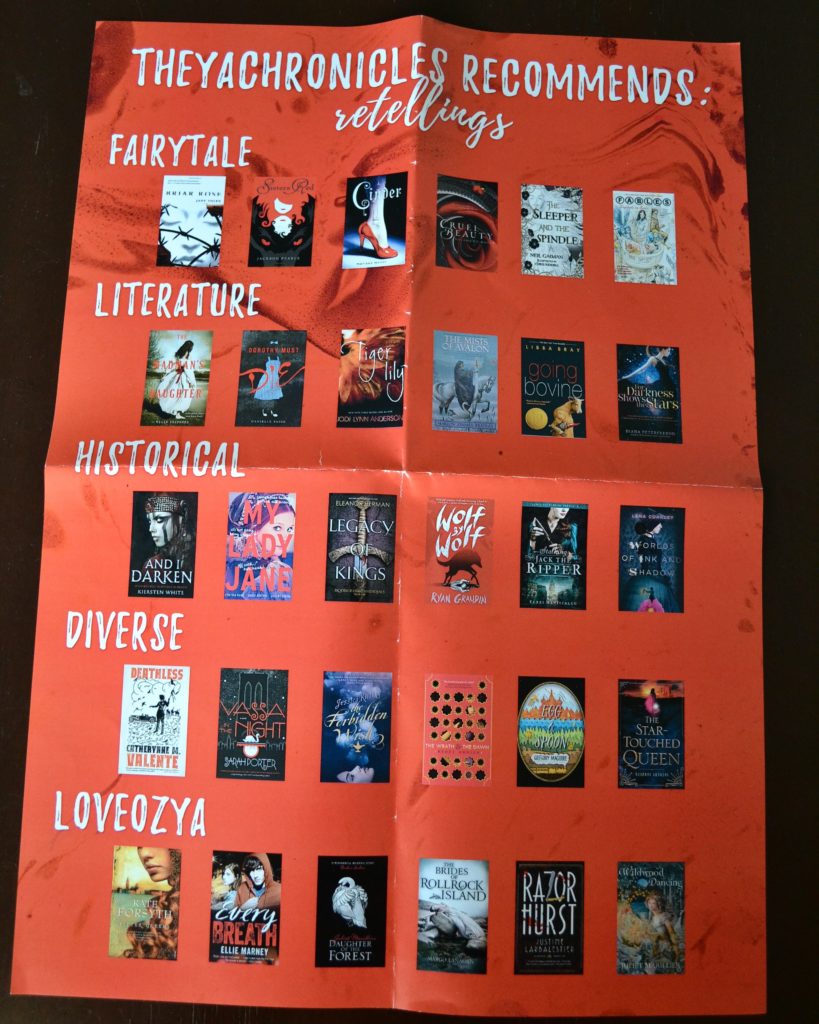 This was interesting to see what recent retellings have been released, as there were even some books on the list that I wasn’t aware were retellings. Though overall, it was an underwhelming item, I would have much preferred to receive an art print or picture instead. However, it will come in handy I suppose.

Overall, the November Welcome to Wonderland box was okay. Not as great as September’s You Win Or You Die box, which was spectacular. This month’s just seemed to be lacking a little bit, mostly the poster just didn’t live up to the other items in the box. If it had been replaced with something else, something with a little more oomph then I think this box would have been much better. I look forward to seeing what other boxes The YA Chronicles has in store for us in the future.

One comment on “The YA Chronicles November ‘Welcome to Wonderland’ | Unboxing”