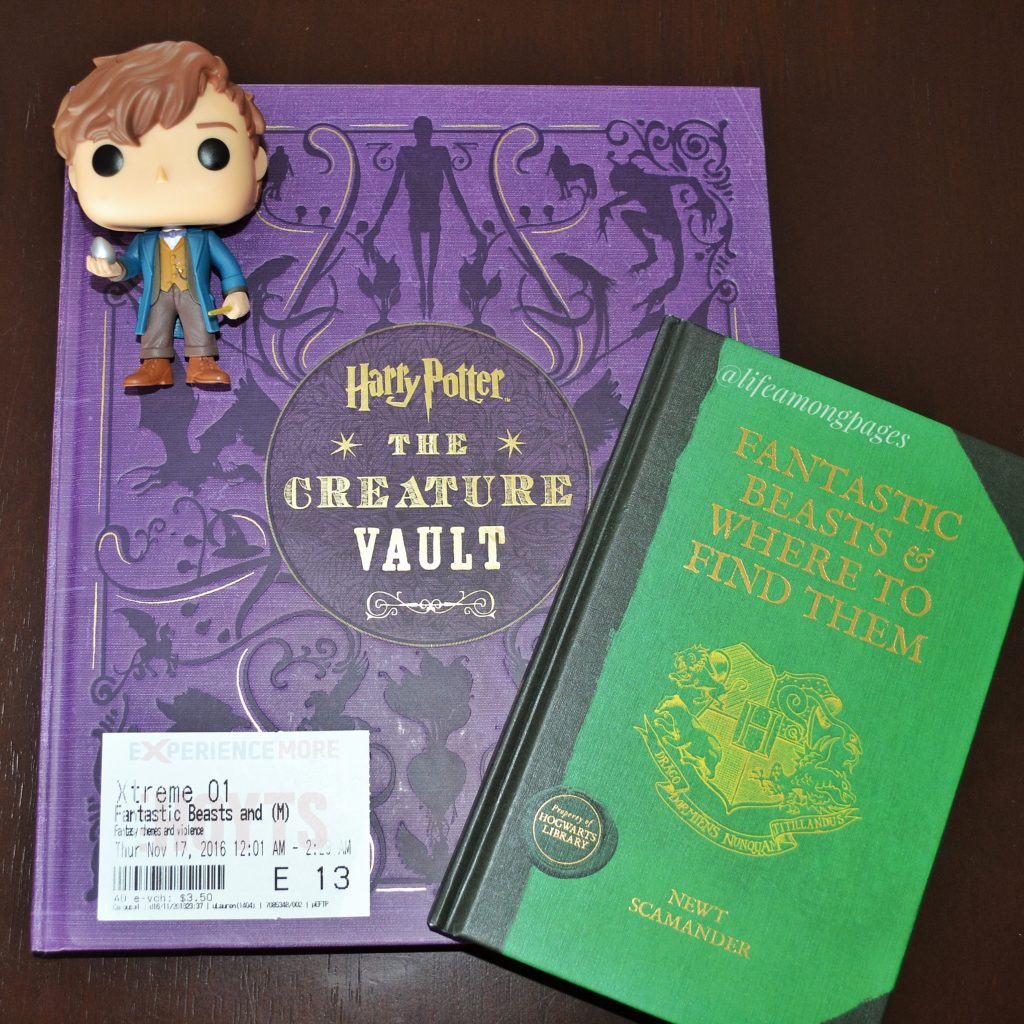 The year is 1926 and Newt Scamander has just completed a global excursion to find and document an extraordinary array of magical creatures. Arriving in New York for a brief stopover, he might have come and gone without incident…were it not for a No-Maj (American for Muggle) named Jacob, a misplaced magical case, and the escape of some of Newt’s fantastic beasts, which could spell trouble for both the wizarding and No-Maj worlds. (Source: IMDB.com)

One of my most anticipated films of last year was Fantastic Beasts And Where To Find Them, my boyfriend took me to the midnight screening as an early birthday present. So I know this review is incredibly late, but alas life and other things piled up and catching up on reviews fell to the wayside.

Attending the midnight screening was incredible, being in a room full of Potter-heads, all equally excited about this extension of the universe that defined our childhood; it’s the best thing. It’s one of the reasons I love attending pop culture conventions, the sense of community and ease you feel when surrounded by people you know don’t think you strange for fangirling over things. It’s the best feeling. So to say I was excited about this film is an understatement.

I was quite intrigued about how the film would evolve story wise, since it’s not based on a novel like the previous Harry Potter films; this was based off the textbook Fantastic Beasts and Where to Find Them by Newt Scamander. A popular book for the wizarding community, as it holds very valuable information about how to handle creatures. So, I was pleased at the little nods the film made in regards to the textbook with Newt stating at the end of the film that he needed to go and hand in his manuscript.

It’s difficult not to compare this film to the eight previous Harry Potter films, and in my opinion whilst it was a good film, story wise it just wasn’t as good at the original series. Although you can definitely feel Jo’s presence in the story much more than in Cursed Child, which just felt too much like fan-fiction. I also adored the mention of Dumbledore working at Hogwarts and being the teacher who stood up for Newt, also because it helped determine the timeline of when this occurred within the Potter ‘verse. I quite enjoyed Eddie Redmayne’s portrayal of Newt; he was incredibly sweet and just loved his creatures so completely. I can definitely see why Luna Lovegood ends up with his grandson.

It was interesting learning the differences between the British wizarding world and its American counterpart. However, I am definitely not a fan of the term “No-Maj” I think Rowling could have come up with something much better, considering how great and unique the term “Muggle” is. That being said I did have a giggle that the American version of the ‘Ministry of Magic’ is called ‘The Magical Congress of the United States of America.’ It’s dramatic, and feels very American, it has its own acronym and everything. I loved that it was ran by a Madam President, who was a woman of colour no less, in the 1920s; showing that the wizarding world doesn’t discriminate gender.

I would be remiss if I didn’t mention the creatures, they were indeed fantastic. CGI plays a massive role in bringing any Potter film to life, from the creatures to the magic, and this was no exception. I don’t think they could have done this film any better CGI wise, at no point did it feel visually jarring and it melded perfectly into the action sequences. Naturally you are aware that this will be CGI heavy, as these creatures don’t exist outside the mind of J.K. Rowling, however, that being said it was melded so seamlessly that it was quite easy to suspend the disbelief and believe of a moment that it was all real.

My favourite creatures would have to be:

The Niffler who was incredibly adorable, and bursting with personality, he lit up any scene he was in.

Picket the Bowtruckle might be the cutest thing ever, with his attachment issues with Newt, and his lock-picking abilities.

Frank the Thunderbird, is just visually so stunning, the way his feathers catch the light and shimmered was breathtaking.

Overall this film was incredibly enjoyable, not the best of the Potter series but just as fun and a great way to return to the world. I am interested to see where the film series goes from here; I think it is supposed to be a five film series (though don’t quote me on that) that will span the time until Voldemort’s first rise to power. Which has me quite excited, maybe we will get the chance to see some of the Marauder years and I think we will definitely see Dumbledore and Grindelwald’s final battle. Wherever they take this, I will definitely be lining up to see it, any excuse to delve back into my favourite fictional world.