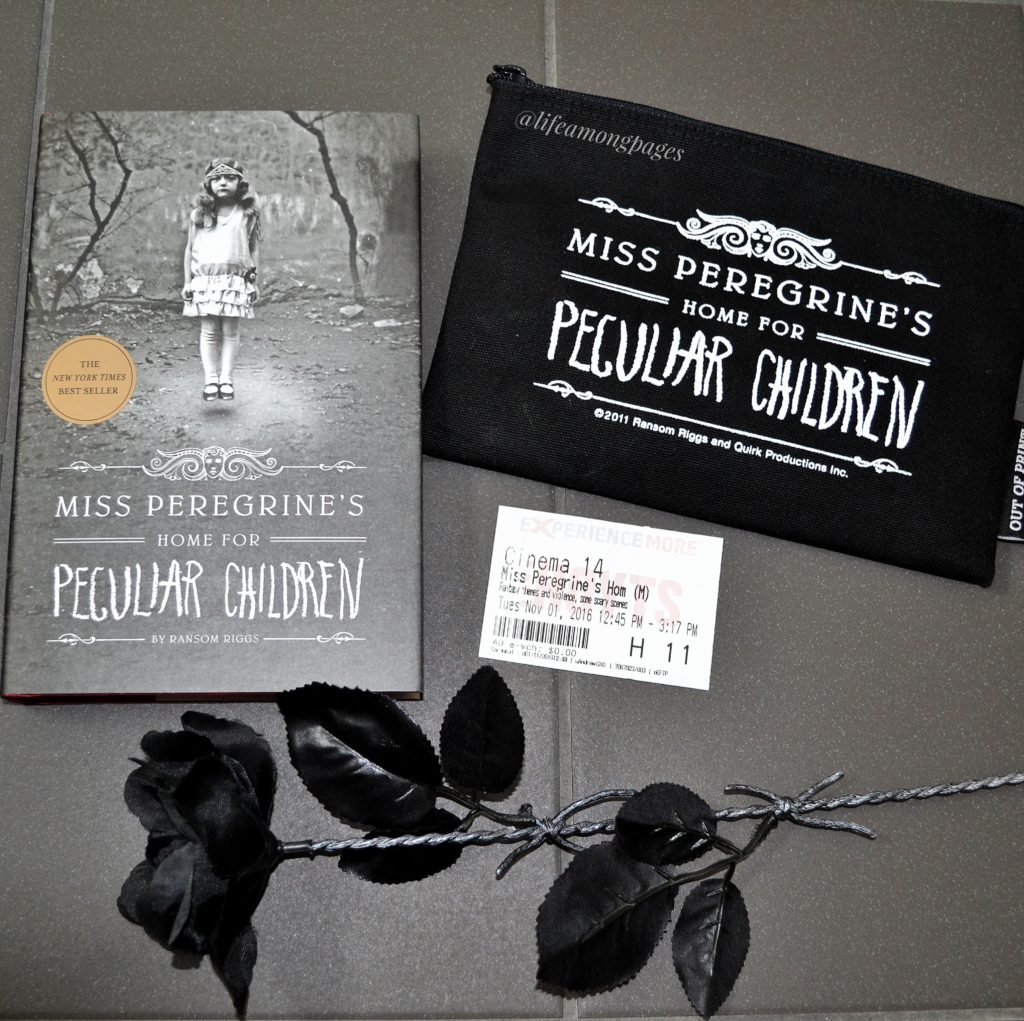 “When Jacob discovers clues to a mystery that spans different worlds and times, he finds a magical place known as Miss Peregrine’s Home for Peculiar Children. But the mystery and danger deepen as he gets to know the residents and learns about their special powers… and their powerful enemies. Ultimately, Jacob discovers that only his own special “peculiarity” can save his new friends.” (Source: IMDB.com)

Earlier this year I read Miss Peregrine’s Home For Peculiar Children by Ransom Riggs and I quite enjoyed it. So, when I heard they were adapting it to a film I knew I had to see it. However, the trailer alone had already filled me with quite a bit of doubt. Unfortunately, I’m one of those moviegoers who if I’ve read the book previously can’t help but mentally notice all the differences, and sometimes outwardly display my displeasure at the changes. So, when I saw this I made sure to go with a group of friends who had all read the book, so we could all air our grievances together.

This review is going to be spoiler heavy, so please don’t read any further if you have not read the book or seen the movie.

I’ll start with the parts that I enjoyed the most in the film, because unfortunately there are more points of the film that I am undecided about, and some that just irritated me.

I thought the casting was fantastic, I had absolutely no idea Samuel L. Jackson was in this film, until we saw his name pop up in the pre film credits (even though his character briefly appears in the trailer I had no idea that was him). Eva Green was the perfect choice for Miss Peregrine, even though when reading the book she is portrayed as being a little older and much more serious. However, for this Tim Burton adaptation no one would have been a better choice, she was one of my absolute favourite parts of the film.

The costuming was beautiful, Miss Peregrine’s outfit was amazing, and I feel incredibly tempted to cosplay as her. The period clothing all the children wear is great, and each have their own unique style that suits their peculiarity which I thought was a nice touch. The scenery of Wales was breathtaking, and just so vibrant I definitely want to visit northern Britain because I feel drawn to those places.

I am a big fan of special effects in film, when I was younger, I even thought about going into that field of computer animation. Special effects help bring to life the impossible, help films soar to new heights and I just love that. Therefore, I thoroughly enjoyed the special effects used in this film. The way they brought to life the children’s peculiarities was amazing, Fiona growing the giant carrot in the garden was great, and Olive’s flames were fantastic. The special effects were definitely highlighted in the ‘final battle’ scene, which was a massive change from the book but one I thought made it better. In the book, the final battle was very low-key, and took place in a lighthouse, whereas in the film showing all the kids coming together, fighting back against the hollows, and really showing how powerful they were was spectacular.

Now for the things that irked me the most about the film adaptation of Miss Peregrine’s Home for Peculiar Children. First things first, why did they need to character swap Emma and Olive? It was such an odd thing to do, completely swapping their character identities. I guess maybe they thought the floating was more visually stunning, but I just don’t get why they had to make Emma the one who could fly, when her fire ability was amazing in the book. It was all quite odd. Though I am most annoyed about Enoch, they aged him up as well, and turned him into a bratty jerk that is constantly rude to Jake because he fancied Emma, and she never liked him. Why. It’s a frustrating change that added nothing in the story besides a meaningless attempt at a love triangle, which isn’t necessary considering one already exists considering Emma’s heart is torn between Abe and Jake. There is nothing stranger (in my opinion) than making out with the same girl your deceased grandfather was in love with. Therefore, I was quite miffed about Enoch’s character.

Also Emma (who’s character should have been a six year old named Olive), her peculiarity becoming the complete “manipulation of air” just was over the top and far-fetched. The fact that she was able to single-handedly “blow” all of the water out of a sunken cruise ship, which the children somehow were able to get fully functional … That felt like they were trying to stretch our imaginations too far.

I also didn’t agree with the random age changes of certain characters. Bronwyn’s age went down (that being said making her a little girl with super strength was quite adorable), Miller was also aged down which was saddening because in the book he gives such great banter, and his knowledge on when things would happen around the town was great. Although, that knowledge was given to Miss Peregrine in the film, which because she is an ymbryne and they have a peculiarity over time did make sense, I just really missed Miller’s sass in the film.

What bugged me the most was the way the ending was completely altered. They essentially undid the big important tragedy that started the whole story in the first place. Undoing his grandfather’s death in a very odd timey-wimey way was unexpected, and not properly explained so left me quite confused. However, logically it should have undone everything, it was Abe’s death that sent Jake to the island and Miss Peregrine, so none of that should have happened. This is why time travel messes with my head, especially when there aren’t rules or a clear idea of how it affects the timeline.

Overall, I enjoyed the film, it was well made, the acting was good, and I’m intrigued to see if they will continue to make the rest of the trilogy.