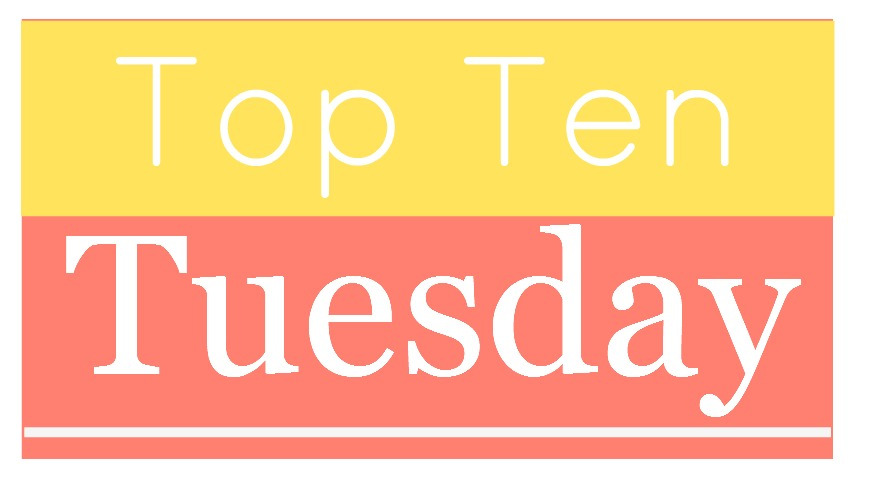 Top Ten Tuesday is a weekly book meme created by The Broke and The Bookish. This week’s topic is ‘Top Ten Series I’ve been meaning to start but haven’t,’ and since joining bookstagram, and the online book community this list has gotten longer.

So, in no particular order, here are the main ten series I desperately need to read.

I adore the Game of Thrones TV series, so for a few years now I have been meaning to read the books it was based on. I just haven’t quite done it yet, because they are so damn intimidating. I know about the multiple character POVs and everything. So, I just have to be in the right headset when I attack these books. However, I have promised myself to start the series at some point this year.

I recently read my first Schwab novel with This Savage Song, and I really enjoyed it and the way she had the story unfold. Plus I have heard a lot of rave reviews about this series; so I am definitely want to read this soon.

This is probably one of the most popular series in the bookstagram community. It is mentioned a lot, so of course I got curious, and bought the first book. That being said, I am scared by the hype, what if I don’t like it, what if I feel like it falls flat after the build up!

I started the first book, Eragon, a couple of years ago but I was slow going and had to return it before I had finished it. But I know it is a very popular series, one that many have recommended to me, and now that my boyfriend and I have moved in together and he has the series, I have no excuse to not read it anymore.

I didn’t really know about this series until the film came out (which I haven’t actually seen yet). But its premise intrigued me enough to purchase the first book and see how I feel about it from there.

I found this series in high school when I saw the cover of the second book in the trilogy, Fire. I fell in love with the cover, but couldn’t read the series back then, because the first book was missing. Fast-forward a few years and I’ve since bought the first book, just haven’t quite gotten to reading it yet. A fact I aim to remedy, soon.

This series is one I had been hearing about before joining the online book community, and I was intrigued. I own a copy of Cinder, but wasn’t sure I would like it and was worried I might be disappointed. However, now that I have read Heartless by Marissa Meyer, I feel much safer reading the Lunar Chronicles because I like the way she writes and the twists she gives classic fairy tales.

I found out about this series a few years ago, and then almost forgot about it until I came across the first book in a second hand bookstore and just had to have it. I am very interested by the idea behind the story, and the motivation of the main character.

I received this series as a birthday present from a friends, it’s the entire series in one book. I have only read one other Douglas Adams book, which was the first book in the Dirk Gently series. So, I’m not sure what to expect from the books, plus I can barely remember the film adaptation as it has been years since I watched it.

Aside from Throne of Glass, this is the other incredibly popular book series on bookstagram, and the fact they are written by the same author is noted. This is the only series on this list, where I do not own any books in the series, but I know a new one in the series was recently released and it caused a tidal wave in the book community, so I am quite intrigued what the fuss is all about, and if it lives up to the hype.

I hope you enjoyed this, what series do you want to start?