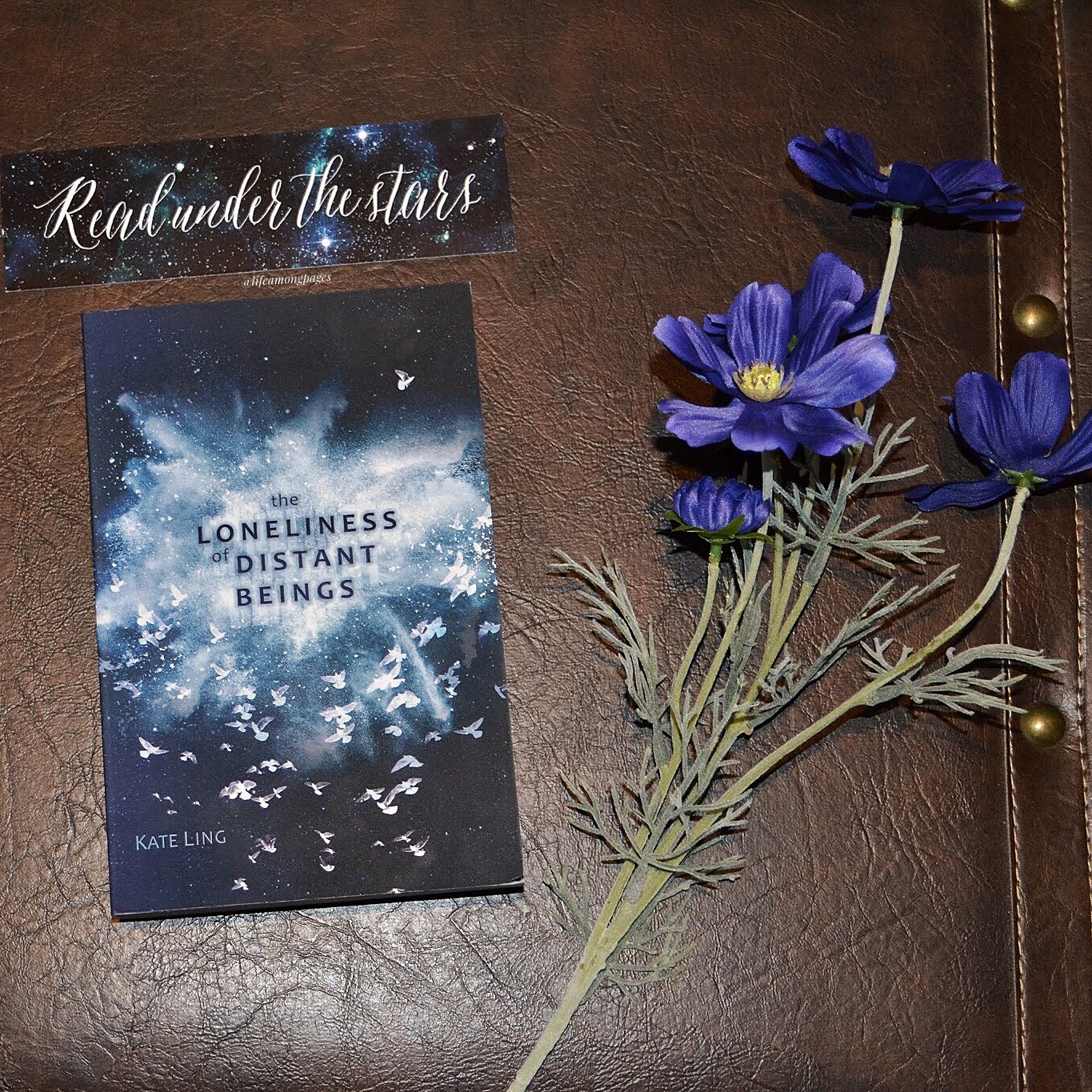 I had a strange relationship with The Loneliness of Distant Beings, it held my interest enough when I was actively reading but as soon as I put it down to do something else it would all fade from memory and I didn’t feel like I had to pick it back up. I just sort of felt a bit meh about it all.

“Even though she knows it’s impossible, Seren longs to have the sunshine on her skin. It’s something she feels she needs to stay sane. But when you’re floating through space at thousands of kilometres an hour, sometimes you have to accept there are things you cannot change.

Except that the arrival of Dom in her life changes everything in ways she can barely comprehend. For a while he becomes the Sun for her; and she can’t help but stay in his orbit. Being with him flaunts every rule designed to keep their home in order, but to lose him would be like losing herself.

In the end they must decide what is most important: loyalty to the only home they’ve ever known, or to each other?” – Summary from Goodreads.

Please be advised there are some spoilers beyond this point.

I found Seren to be quite bland and hard to connect with; it wasn’t until the conflict started to arise, and she had a mental breakdown that I became curious about what was going to happen. But it took it so long to get to that point.

The Loneliness of Distant Beings really tried to push the “love triangle” aspect, which did not work, at all. As two parties of said “triangle” actively liked each other, and the third didn’t have any feelings for Seren, so it’s not a triangle. The main conflict for the relationships was that the society they lived in said Seren and Ezra have to be together.

Also their whole reason for being in space in the first place felt pointless. A weird signal is received by Earth that scientists couldn’t decode so a spaceship full of people is sent out to investigate and The Loneliness of Distant Beings is set three generations into this mission. It just seems completely futile, and why can’t they explore the planets they come across?! Especially considering they are the only who might ever reach these planets.

Overall the book had so much potential but just fell short across the board. I’m not sure whether I will read the sequel.

People have compared this book to Across the Universe by Beth Revis. I’ve recently acquired Beth Revis’s book so I’ll wonder how I’ll feel about it.