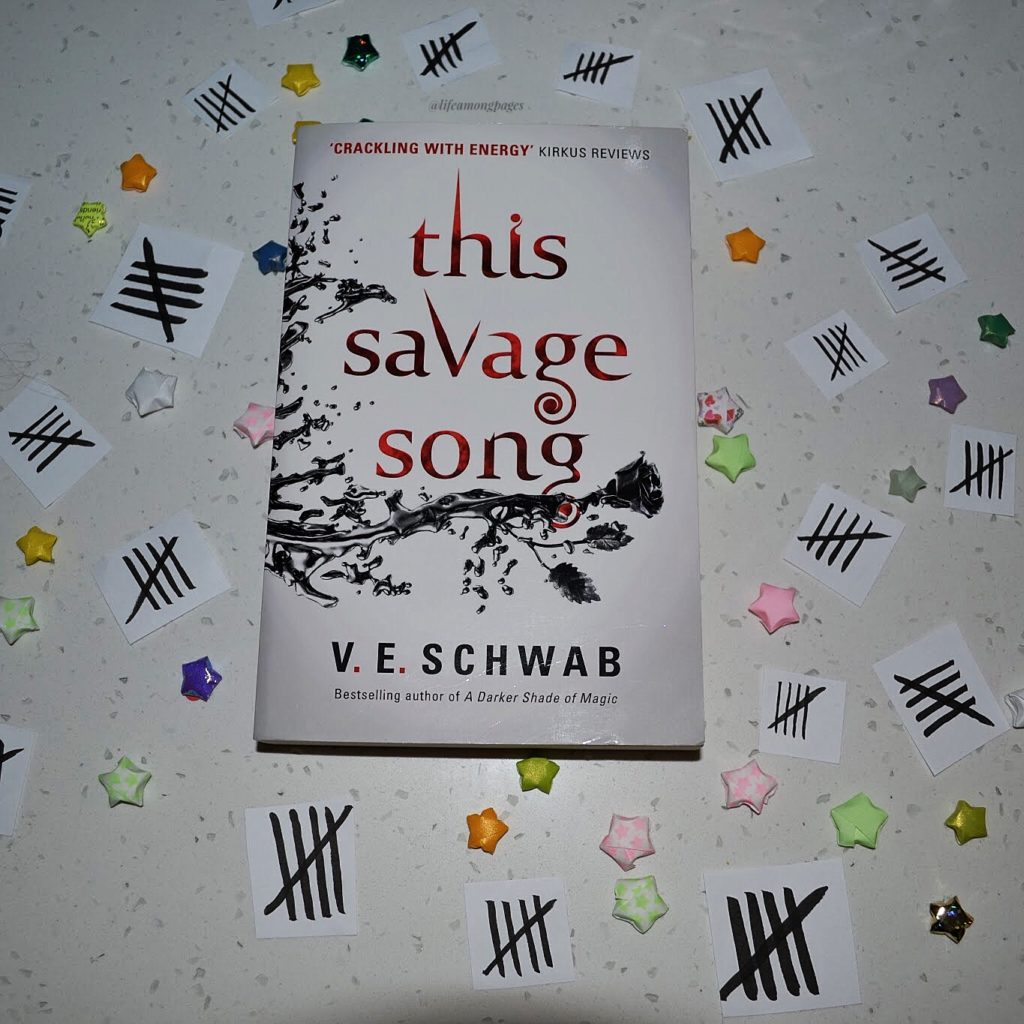 It is such a unique concept, and executed perfectly. This is my first Schwab novel and wow, she certainly knows how to tell a tale. Also her Twitter game is on point.

There were quite a few twists I didn’t see coming, and some I did, this book kept me guessing about who should be trusted and who has an ulterior motive.

I loved the dynamic between August and Kate, and their retrospective voice. Also the fact that this is a plutonic relationship that doesn’t try to be anything else was so refreshing. Thank you Victoria.

I’ve noticed that it’s become increasingly popular to have multiple character points-of-view, where they alternate each chapter. Or maybe I’m just reading more of them… with Words in Deep Blue, All the Bright Place, and Dating You/ Hating You… But I quite enjoy it because it changes things up and you can see both sides of the same event, and learn different things from the varying perspectives.

The monsters of this world and the way they are created is super unique and I love it. It makes sense, all the bad karma in the world forms physical monsters based on the acts that created the bad karma, Victoria is a genius and I will definitely be reading more of her work. I especially loved the creepy children’s rhyme (quoted below).

This was a great read, and I am looking forward to reading Our Dark Duet, the sequel to This Savage Song, although I feel I keep putting it off because once I read it this series will be over and that makes me feel rather sad. However, I have to know what happens next after the craziness that happens at the end of the book.