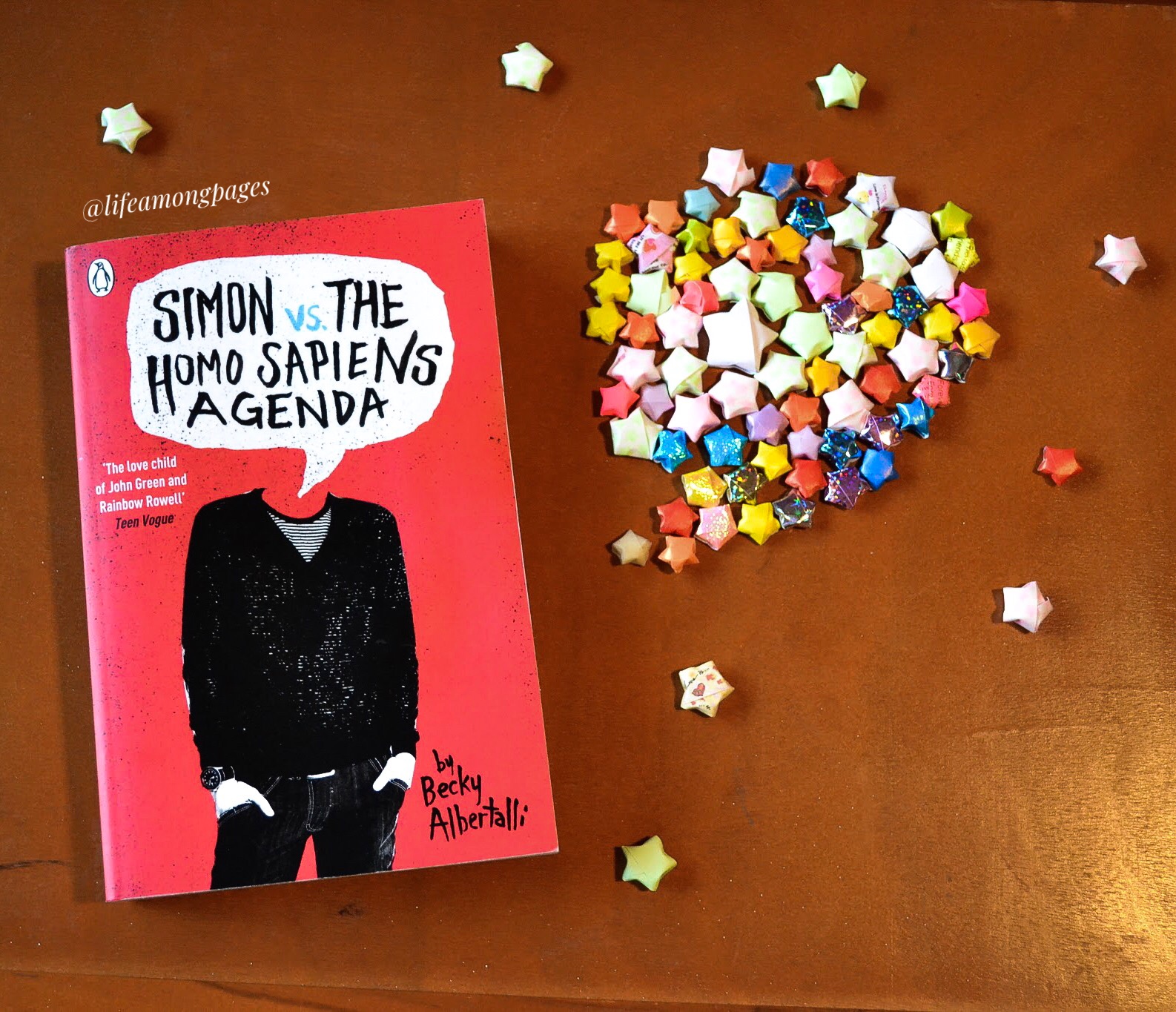 “People really are like house with vast rooms and tiny windows. And maybe it’s a good thing, the way we never stop surprising each other.”

This book was recommended to me so many times, and finally last year I got it for my birthday. I couldn’t wait to read it, especially when the film adaption was announced and I finished the book before seeing the film, and oh my God they did so well. Sure  there were changes but nothing too major that spoiled my enjoyment.

I loved this book so much, my heart was just bursting with love for Simon and Blue by the end and I’m kicking myself for having not read this sooner.

‘Sixteen-year-old and not so openly gay Simon Spier prefers to save his drama for the school musical. But when an email falls into the wrong hands, his secret is at risk of being thrust into the spotlight. Now Simon is actually being blackmailed: if he doesn’t play wingman for class clown Martin, his sexual identity will become everyone’s business. Worse, the privacy of Blue, the pen name of the boy he’s been emailing, will be compromised.
With some messy dynamics emerging in his once tight-knit group of friends, and his email correspondence with Blue growing more flirtatious every day, Simon’s junior year has suddenly gotten all kinds of complicated. Now, change-averse Simon has to find a way to step out of his comfort zone before he’s pushed out—without alienating his friends, compromising himself, or fumbling a shot at happiness with the most confusing, adorable guy he’s never met’ (Summary from Goodreads).

“It is definitely annoying that straight (and white, for that matter) is the default, and that the only people who have to think about their identity are the ones who don’t fit that mould. Straight people really should have to come out, and the more awkward it is, the better. Awkwardness should be a requirement.”

The emails between Blue and Simon were heartwarmingly beautiful; I looked forward to reading them between every chapter. You can really see their relationship develop and it is wonderful. Then the way it all accumulates into them, finally meeting and I thought my heart would burst for them. I could not wait to find out Blue’s identity, I had absolutely no clue who it could be.

Simon’s family was very interesting; they were close and weird (my kind of people). I loved how they joked about being named after Alvin and the Chipmunks, and I adored Bieber the dog, even though I don’t condone who he “wasn’t” named after.

Simon’s friends were also an eclectic bunch, their birthday cake tradition was amazing and I wished my friends and I did something like that back when I was in high school. They were also super supportive and didn’t treat him any differently when they found out he was gay, they were just sad he didn’t trust them enough to tell them in the first place and they found out in an unorthodox manner. However, the overall reaction was so positive and beautiful and really how it should be, I don’t understand how people can be so dismissive and horrid when people come out. Its just doesn’t make sense, but hopefully films like this help bridge that gap and make it more “acceptable” to those who don’t understand.
This book was everything I wanted it to be and so much more.

I 100% recommend it, and can’t wait to read the sequel about Simon’s best friend Leah is being published, Leah on the Off Beat.

“He talked about the ocean between people. And how the whole point of everything is to find a shore worth swimming to.”